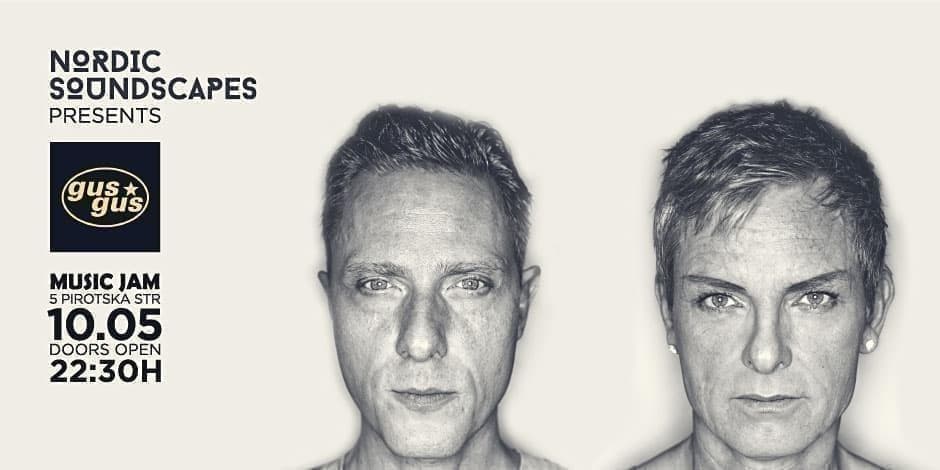 Gusgus are one of the most sought after and longstanding electronic acts from Iceland. Armed with a legendary, must-see live show that encompasses all the elements that they are known for, on stage Gusgus extend their tracks and warp their soundscapes in a way that is unique to each performance. World-renowned for their genre-defying style, an eclectic infusion of modern club culture and echoes of the past, they have remixed legendary acts such as Depeche Mode, Björk and Sigur Rós, and have consistently found increasing relevance within an ever-changing electronic music scene, carving their own fortune and sound that is further exemplified by the release of 'Lies Are More Flexible.

In 2018 the band self-released it latest album“Lies are more flexible” with AWALworldwide. The LP draws influence from far and wide, resulting in a diverse mix of ambient, down-tempo, progressive dance and neo-electronic production infused with attitude from 80's Italodisco and Synthwave.With band members striped down to a classic early 80’s synthduo, with Biggi Veira and Daníel Ágúst at the helm, 'Lies Are More Flexible'guides the listener on an emotional journey through a sizzling spectrum of synthesized arpeggios, rave stabs, irresistible beats and spine-tingling vocals.