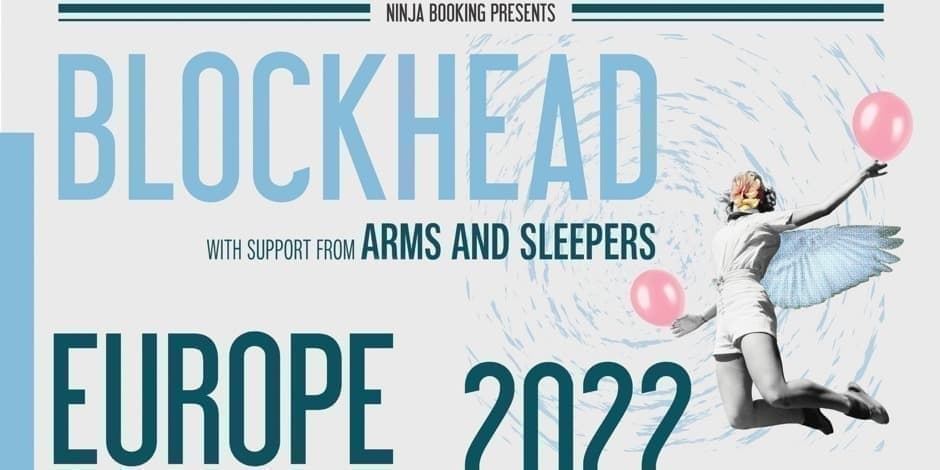 The internationally renowned NYC beatmaker Blockhead will once again team up with the fellow producer Arms and Sleepers for a 14-date UK + European tour in May 2022. This will be the first European tour since the start of the pandemic for both artists.

Formerly signed to Ninja Tune, Blockhead’s most recent solo album ‘Space Werewolves Will Be The End Of Us All’ was released via Future Archive Recordings in September 2021, receiving critical acclaim and coverage from BBC, KEXP, and others. The producer followed this up with a collaborative record with Aesop Rock, releasing ‘Garbology’ via Rhymesayers in November 2021. Regarded as one of the modern masters of instrumental hip-hop, Blockhead will present an eclectic live set accompanied by visuals and spanning his prolific 20-year music career.

Arms and Sleepers, hailing from Boston and currently based in Berlin, has been releasing music since 2006 and garnering critical acclaim from the likes of NPR, Clash Magazine, The Line Of Best Fit, XLR8R, Earmilk and many others along the way. Over the years, Arms and Sleepers has amassed over 30 releases, 2,000 live performances, and countless TV and Film music placements in its 15-year history. 13th studio album ‘former kingdoms’ is slated for a May 10th release via SlyVinyl Records / DXFXWXU Collective.